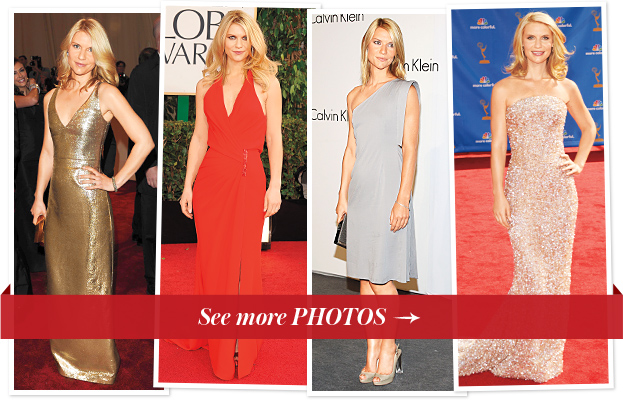 InStyle December 13, 2013
On her hit show Homeland — whose season three series finale airs Sunday, Dec. 15 on HBO — Claire Danes tends to wear staid suits (and the occasional hospital gown). But on the red carpet, the three-time Emmy winner and four-time Golden Globe winner is a style pro. She’s been walking in the pop of flash bulbs for almost two decades now, ever since 1995’s My So-Called Life made her a bold-faced name. While most people would be intimidated navigating the tricky style waters, Danes approaches her red carpet appearances with a solid confidence, telling us in 2004, “Armed with good shoes and a good frock, I’m good to go!” She takes a minimalist approach to her style, donning sleek silhouettes with clean necklines and letting a pop of bold color or dazzling fabric bring the glamour.

It was next to impossible to narrow it down, but we found Danes’s 10 most drop-dead gorgeous, minimalist chic red carpet looks.
Tagged Claire Danes, gowns, Homeland, instyle, red carpet, style