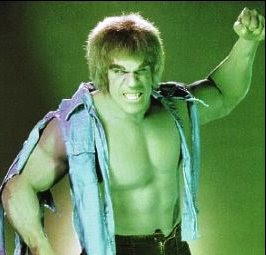 RedEye August 11, 2011
Don’t ask Gareb Shamus what he thinks is the biggest attraction at Wizard World Chicago Comic Con.
“Oh God, that’s so hard to say,” said Shamus, CEO of the pop-culture extravaganza that begins Thursday night at the Donald E. Stephens Convention Center in Rosemont.
With dozens of celebrities and more than 500 comic book artists signing autographs, speaking and showing off their work at the convention, it’s hard to single out any guest or event. END_OF_DOCUMENT_TOKEN_TO_BE_REPLACED

Shelterrific August 8, 2011 I came across a beginner level do-it-yourself on the adorable blog Nifty Thrifty Things: homemade sugar cubes. All you need is a little bit of time, sugar, water, and a cute candy mold or ice cube tray. Nifty Thrifty Things’ Vanessa used a heart shaped tray and was so pleased with […]

END_OF_DOCUMENT_TOKEN_TO_BE_REPLACED

Those Nipples Better Be Real

Chicago Tribune’s RedEye August 4, 2011
My world has, for the most part, only gotten better as CGI has improved. It’s let me visit Jurassic Park, follow shifty-eyed Gollum to Mordor and witness Spider-Man swing through the New York skyline in a way the comic books never could capture. But with great power comes great responsibility.
There is a strange and disturbing trend creeping up in my digitally altered movie world: CGI nudity. END_OF_DOCUMENT_TOKEN_TO_BE_REPLACED

Shelterrific August 1, 2011 Don’t be fooled by the name: Straight Line Designs is anything but. The Vancouver based brainchild of designer Judson Beaumont, Straight Line Designs has been creating wildly fantastic furniture for a quarter of a decade. These one-of-a-kind pieces are packed with personality and bring me to that horrible consumer dilemma: Why […]